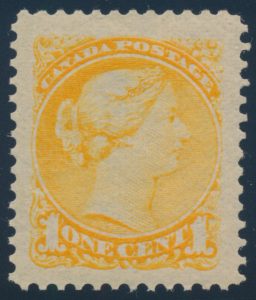 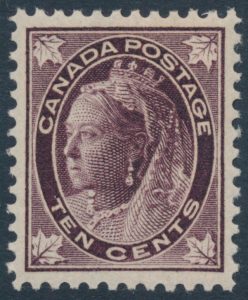 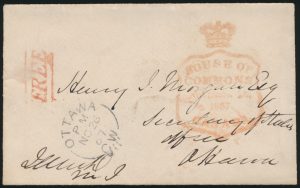 Lot 1004 Canada 1867 Letter and Cover Signed by Prime Minister John A. Macdonald, the letter (and its original cover) was mailed to Henry J. Morgan at the Secretary of State’s Office in Ottawa on NOV.26.1867. The cover has a lovely House of Commons crown shield handstamp in red plus a red “FREE” between horizontal lines and an Ottawa C.W. datestamp, and is endorsed for free postage by John A. Macdonald (his initials). The letter inside reads “Dear Sir, I think you had better be in no hurry about transferring your services from the Secretary of State’s office to the other. Yours faithfully, John A. Macdonald.” The rather intimidating tone of this letter reveals unambiguously that Macdonald had a very high opinion of Morgan’s talents and that he did not want to lose his services. Accompanied by three original relevant documents, one about the Secretary of State’s Office (1873) (two pages), and two written by Morgan in 1875 and 1893, the latter being a form filled by himself describing his government career appointments, salaries, etc. An interesting lot, great for postal historians and historians alike. Estimate $1,000, sold for C$5,200.00 plus 17% buyer’s premium. 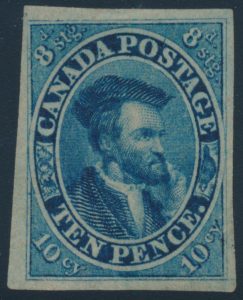 Lot 19 Canada #7i 1855 10d Dull Blue Cartier Imperforate on Thin Crisp Paper, mint with full original gum, very lightly hinged. A truly lovely stamp with four large and fairly even margins, extremely fine. Accompanied by a 1953 RPSC (London) certificate and a 2007 Greene Foundation certificate. A rare stamp in this condition. Although there are a few other premium mint examples of the 10d Cartier recorded, virtually all of these are on the thicker white paper, rather than the delicate thin crisp paper. One would be hard pressed to find another premium mint original gum example on the thin crisp paper. Rsv. $10,000. From The Outaouais Collection. Unitrade CV$28,000, sold for C$13,500.00 plus 17% buyer’s premium. 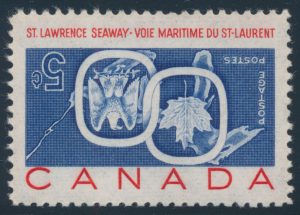