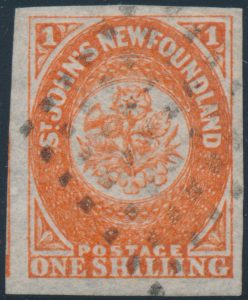 Lot 775 Newfoundland #15 1860 1sh Orange Heraldic Imperforate, used with an almost socked on the nose strike of a St Pierre & Miquelon dotted (49 dots) lozenge cancel. A stunning stamp with its four huge margins, showing part of the left stamp, with only a light corner crease (not mentioned in cert.), else extremely fine. During this period, Newfoundland fishermen were allowed, by agreement, to drop off their mail in St Pierre, which explains this rare (only a very few recorded in the Pence era) cancel. Accompanied by a 2009 Sismondo certificate. Catalogue value is for a regular used stamp. Rsv. $11,000. Unitrade CV $15,000. 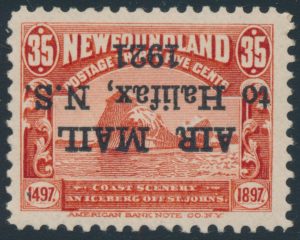 Lot 830 Newfoundland #C3a 1921 35c Red Halifax Airmail Issue with Inverted Overprint, mint lightly hinged and very well centered, this is the overprint without period and is quite rare, with only 40 stamps known (this is the first we have offered). A very fine example of this must-have variety, for the serious Newfoundland or varieties collector. Accompanied by a 2021 Greene Foundation certificate. Rsv. $4,400. Unitrade CV $7,500. 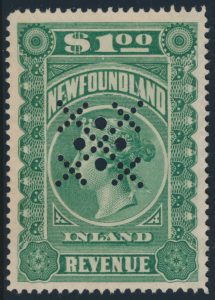 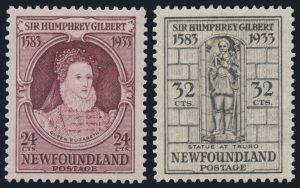 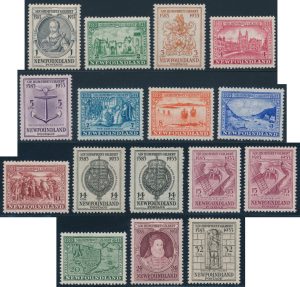