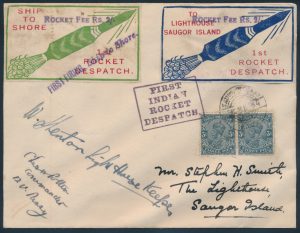 We are very pleased to announce our 32nd public auction. This is another exciting sale for us, as we have been again entrusted to sell a wide variety of interesting and impressive material by many different consignors. We also take pride in announcing that from now on, we will endeavor to include either a scan or a photograph online with each and every lot. We think this is yet another step, along with our exacting descriptions and live internet bidding, in helping our customers from around the world to have easy access to our auctions. 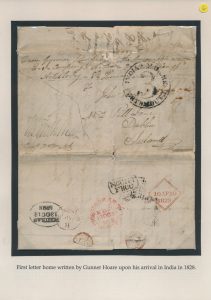 Lot 1036 India Correspondence of Two Irish Gunners from the East India Company, 1828 to 1855, consisting of 16 letters mailed to No. 2 or No. 3 Pill Lane in Dublin Ireland. These letters were mailed from England, as well as from mostly different parts of India and Burma. Six of the letters (including two that are franked with 1 Anna red stamps, Scott #4) are part of an exhibit which had been presented in a Royal show in 1993. These are very well written up, and contain lots of information on the varied postmarks, rates, routes and more. The lot also contains 20 file folders containing research pertaining to the postmarks, rates and routes on these covers, as well as the extra covers not in the exhibit. Each cover has a hand written transcript of the (usually) long and fascinating letters inside. The two gunners who wrote these letters are John Hoare and R. Johnson. A lovely and rarely offered collection, with many rare and lovely postmarks, in very nice overall condition and ideal for the specialist. All covers are scanned online. Estimate $750, sold for C$2,100.00 plus 17% buyer’s premium. 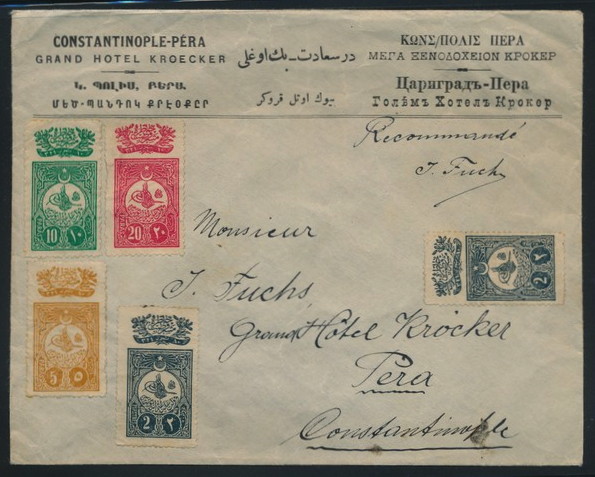