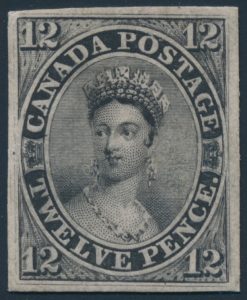 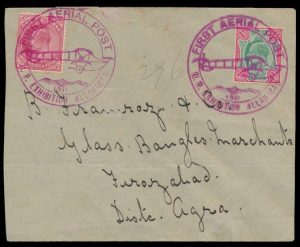 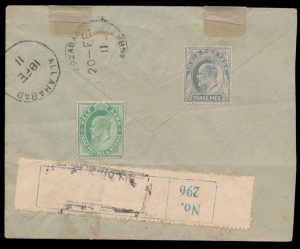 Lot 1385 The Leon V. Pont Extensive Personal Collection of Indian First Flight and Related Covers, 1911 to 1934, all chronologically displayed in four volumes, with each item conserved in a glassine, accompanied by a sheet of information (the same as was used by Lady Ezra) including number of items carried, postmarks, cachets, and more, often with personal observations and notes, as well as several contemporary newspaper clippings from the flights, photographs, etc. The collection consists of 367 different items, which are the best quality Mr. Pont could find. As he had much duplication of some, he was always careful to keep the best items (postmarks, routes, pilot signatures, etc.) in his personal collection. There are way too many good items to list here, but it should be assumed that the collection includes one of each of most Indian flights and legs known in the period, including several where only a handful were flown. The collection also includes interesting items such as a FDC for the first Airmail stamps, FDC of airmail stationery, some incorrect cachets, some original photographs, two complete sets of Tata Sons special covers (with and without Union Jack flag), two sheets of blue unused bilingual airmail labels (one with and one without watermark), three different 1911 flight covers, rare souvenir cards from the 1913 Great Aerial Exhibition as well as many covers and cards selling for $300 to $1,000 each. See our gallery for scans of all the items contained in this once in a lifetime collection. The person who buys this collection will also get Mr. Pont’s personal correspondence letters (mostly between him and Mr. Stephen Smith, with very interesting facts on his rocket mail endeavors), as well as a 1st prize trophy cup he won at the 1932 Air Mail Exhibition in London England, plus four medals, two silver ones won at the same show and two large bronze ones won at the 1934 Air Mail Exhibition in London (all in their original boxes, with a damaged original catalogue of the show). Last but not least we will include original programs for the First and Second Airmail Exhibitions in India (1930 and 1932, held at Lady Ezra’s residence, where Mr. Pont was a presenter in the First and an award recipient in the Second), a group of about 50 Aero Philatelic Club of India monthly bulletins from 1926 to 1937, and other related items including a (damaged) 1929 and 1930 Graf Zeppelin wine list given to him as a Christmas gift by Stephen Smith (with letter dated 1931), as well as Mr. Pont’s personal used Penny Black stamp in a special folder. Should this lot not attain our $60,000 reserve starting price, we will dismantle it and offer each item separately in our September 2020 sale. A very rare occasion to obtain such a complete collection intact. Rsv. $60,000, Estimate $60,000, sold for C$85,000.00 plus 17% buyer’s premium. 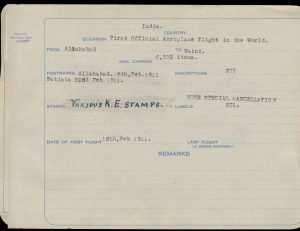 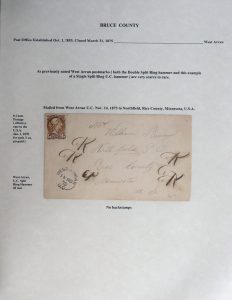 Lot 1152 Extensive Collection of Bruce County Postal History, in eight volumes, with a total of 722 covers and cards. Items are neatly displayed on pages with in-depth descriptions of the rates, routes and postmarks, as well as information on each post office, from Aberdour to Willow Creek, showing opening and closing dates (some were only open for a very short period), sometimes a picture of the post office, etc. It is immediately evident that this collector sought the best possible strikes for each postmark (with early and late dates), and was conscientious about quality of each item he added to the collection. There are sometimes reproductions of the postmarks appearing on the back of some covers. There are too many good items to describe here, so we have selected a few scans for Stamp Auction Network, and have also scanned every page on our website, not only for our customers’ viewing enjoyment, but for preservation’s sake. This collection is loaded with goodies, such as stampless, Cents, Large Queen, Small Queen covers, a good quantity of registered material, either with single frankings (eg. 8c SQ) or with Registration stamps, and we note some very nice early Money Letters. We note covers, stationery cards, picture post cards, registration receipts, etc., and we note all sorts of postmarks including pre-instrument manuscripts, r.p.o. broken circle (many manuscript, some with inverted or reversed indicia), c.d.s., duplex, registration and much more. A lovely collection, well worth a close look. Estimate $4,000, sold for C$7,000.00 plus 17% buyer’s premium. 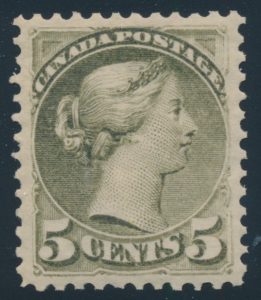 Lot 66 Canada #38a 1875 5c Slate Green Small Queen, Perforated 11½ x 12, mint with full original gum, never hinged. A very fresh stamp which has wonderful centering and is extremely fine. A difficult stamp to find in such lovely quality. Accompanied by a 2007 Richard Gratton AIEP certificate and a photocopy of the stunning block of six from which it came. The 5c perforated 11-1/2×12 is one of the most challenging of all Small Queens to locate in premium quality. Its rarity can be traced back to the fact that only a few of the early 5c printings had this perforation measurement, and very few were saved by collectors or otherwise not used. This printing normally displays unevenly applied gum with streaks and/or bubbles, and the example contained in the “Outaouais” collection displays these characteristics. A true condition rarity for the connoisseur. Unitrade CV$4,500, sold for $4,200 plus 17% buyer’s premium.

Auction #33 is over. Prices Realized can be seen on Stamp Auction Network or downloaded here (some adjustments are possible as we double check results). There are a number of unsold lots still available for thirty days at the Reserve (Rsv.) price posted online and in the catalogue.

We are now organizing material and preparing invoices, which will take us until Friday July 3rd. Invoices have been sent out by e-mail. While we cannot usually interrupt our work to answer phones, all calls and e-mails will be returned as soon as we can provide the information you are seeking. We ask for your patience as we continue to work within the health and safety protocols necessary to keep our customers and staff safe during the ongoing pandemic.

Buyers who pick up their auction winnings at our offices at 1770 Woodward Drive in Ottawa can make appointments beginning Monday July 6th. Payment arrangements must be made by phone or e-mail prior to picking up your material. A staff member will meet you in the parking lot at your appointment for curb-side pickup. We can only serve one person at a time. Please do not just show up as we will not be able to accommodate your pickup. If you wish to have your lots shipped to you, please contact us.

Later this week we’ll be highlighting some of the great realizations from this sale!