Andrew was born in Welland, Ontario, and by the age of 12 was preparing his own first day covers. Around 1975, he became fascinated with the markings on pre-stamp and stampless covers. This blossomed into a strong interest in rates and markings, and he decided to concentrate on collecting the postal history of Canada. In the 1990’s, in order to promote postal history, he prepared a slide show which was in high demand and circulated through several stamp clubs across Canada. Over the years, he expanded his collection to include Britain’s George VI era, The Netherlands (1924-1948), the Philippines, India, Europa, United States, Esperanto, United Nations, Hungary and others. He collected FDC’s not only by era but also by manufacturers and design artists. He contacted the designers and/or persons and institutions featured on stamps and got their signatures on FDC’s he had prepared. 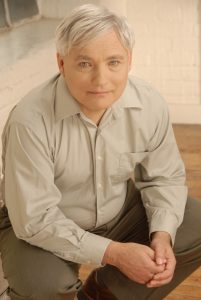 In 2010, he began sharing his knowledge with the philatelic community online. He started his Canadian blog Postal History Corner combining the words philately, covers and exhibit to form his playful pseudonym, Philcovex, with the introduction: “Postal History Corner provides detailed information regarding Canadian postal rates from the 1800s to the present day, as well as a wide-range of articles dealing with Canadian stamps and postal history.” By 2012, he had 7,000 views per month on his Canadian blog. He also started blogs on Great Britain, the Netherlands and Philippines, his main non-Canadian collecting interests. He received a regular stream of questions and comments and requests to use his material in countless club publications, in museums and in a Canadian Post Office flyer. He also granted a request by The Times newspaper in England to use his 1947 “Lovers’ Knot Postmark” royal cover for the special edition covering the wedding of William and Kate. He counselled beginners on how to collect and exhibit, pleased that he could help other collectors and promote postal history, all the while remaining anonymous.

Andy was very inquisitive and constantly posed questions like: “How did the soldiers get their mail on the battlefield without the enemy knowing where they were?” Or, “How did Canada Post handle the delivery of furs from the Hudson’s Bay to the Hudson’s Bay store in Toronto to ensure no theft took place along the way?” These puzzles fueled his ongoing drive to tell the history of Canada’s mail and provided intense satisfaction when he found covers that told the story.

Throughout his work life as a teacher, a lawyer and then in retirement, Andrew’s passion for postal history brought him great pleasure and relaxation. The Postal History Society of Canada was his favourite organization and he promoted it whenever he could. His Canadian blog will be donated to them in order to preserve it so it can be used to help collectors long after his passing. As of January 2019, the Canadian blog had received 1,092,328 views, with an average of 7,000 views monthly.

All lots in the postal history section of this sale originating from his collection will have the notation “Ex. Liptak collection.”