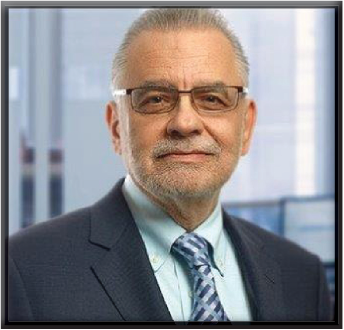 Ted Kerzner was a partner in the law firm Kerzner, MacDermid, McKillop dealing with commercial litigation and professional regulation.

Fellow stamp collectors and dealers always found Ted to be a delight; he was one of those special people you meet in the philatelic world. He was THE collector of squared circles for all countries. While he was an extremely private individual, he was gregarious at stamp shows, sharing his incomparable knowledge, unless he was lost in considering the merits of a particular squared circle cancel. Every dealer whom he dealt with really worked at finding something special for him; you could see the delight and excitement when a new rare or interesting postmark was acquired. He was always willing to go for a coffee and chat, preferably when one had squared circles to show him…

There are many “Ted stories.” How could he justify leaving the legal practice of which he was a founder and senior partner to fly to a stamp show in New Zealand? And his explanation was really obvious, and one that only a collector could understand — every show dealer had an envelope waiting for him, with stamps and covers saved since the last time they had crossed paths. While he was extremely serious about his profession, it was in a way really only a means to finance his hobby. He even negotiated trial dates with judges to suit the timing of major stamp shows, so many of which he attended all over the world.

A chance meeting at Crystal Beach with Allan Steinhart, who became the doyen of postal history dealers in Canada, probably began Ted’s serious philatelic life. They had gone to the same high school in Toronto, and the connection and interests led to a friendship. Ted became a fixture at Allan’s table at the St. Lawrence Hall stamp show, and every other week he would receive a new package of covers, returning the residue from the previous batch, which only then would be shown to other collectors. And the pattern was repeated in London or Sindelfingen or Amsterdam; there was always an envelope for him. It seems somehow right that both Allan and Ted ended their days at a show, doing what they loved to do.

The Ted Kerzner Squared Circle Cancellations of Canada was lotted by Hank Narbonne and carefully described by Stéphane Cloutier. Sparks Auctions is honoured to be chosen as the venue to present at auction these top quality squared circle stamps and covers. The PDF catalogue can be found at our downloads page here, or contact us to request the print catalogue. Notes and guidelines on the descriptions are also available. An invaluable reference on this subject area is The Squared Circle Cancellations of Canada, 5th Edition, available from the BNAPS Bookstore.