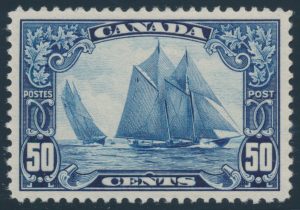 Two years ago Sparks Auctions was pleased to offer the discovery example of the 1946 Hydro Electric Station imperforate at right margin. It was a lower right plate block which is now listed and illustrated in the Unitrade Catalogue. In this auction we offer the second known example almost certainly from the same sheet. The example in this auction is a used single with a small fault which will sell as Lot 388.

Canada #270 1946 14c black brown hydroelectric Station imperforate at right margin, used, with part cds cancel. One pulled perf at top, fine. Catalogue value is for fine mint and was based on the sale of the unique plate block we discovered in 2009, and likely this is the unique used example, ex. “Trillium” Collection. Unitrade CV$2500.

This means there are likely to be seven more either mint or used examples awaiting discovery.

Many other varieties are harder to spot. I was looking at some lots for the future auction #9 this morning. In one lot there are dozens of used Bluenoses. One of the popular varieties of this stamp inspired the central storyline for a Tommy Tricker movie about twenty years ago. Did I look for the “Man on the Mast?”  No, and I sometimes wonder how many varieties are not noticed during the lotting process because of laziness or time pressure or lack of knowledge. It certainly gives anyone a bit of a thrill to find a celebrated variety. Here are three that we offer in this auction:

We offered three lots of used Canada Bluenoses (Scott #158) and they attracted spirited bidding.  Lot 533 was a wholesale lot with perfins and included other stamps.  All stamps had creases from usage and our estimate was $200.  With only two advance bids it opened at $130 but the floor and the internet quickly bid this up to $375 where it sold to an internet bidder.

This pair of Bluenoses with creases also attracted only two advance bids with an opening bid of $26 but a determined battle between the floor and the internet resulted in a very strong hammer price of $200, well above our estimate of $75. 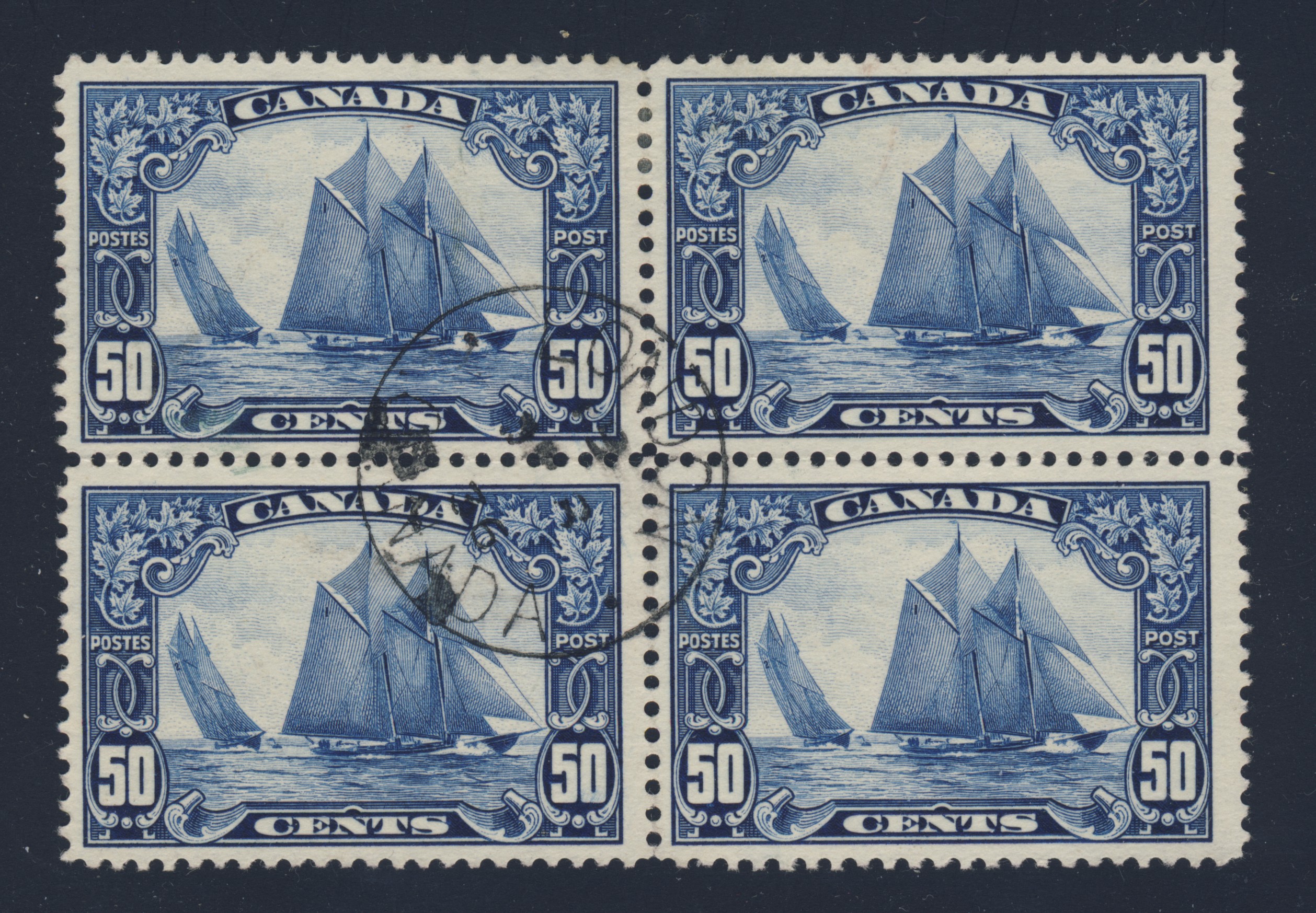 This attractive block of four with a somewhat late 1935 postmark opened quite strongly at $160 but the internet challenged the top book bid of $350 and it sold for one increment above that; another one which was more than twice our internal estimate.

We continue our look back at the pre-auction highlights, this time with the local stamps featured in highlights 4 and 9. We featured the section of seven lots of Canadian locals with Lot 723.

This lot, estimated at $150, opened strongly at $210 and there was no further bidding, resulting in a bidder who did not have to pay his maximum. 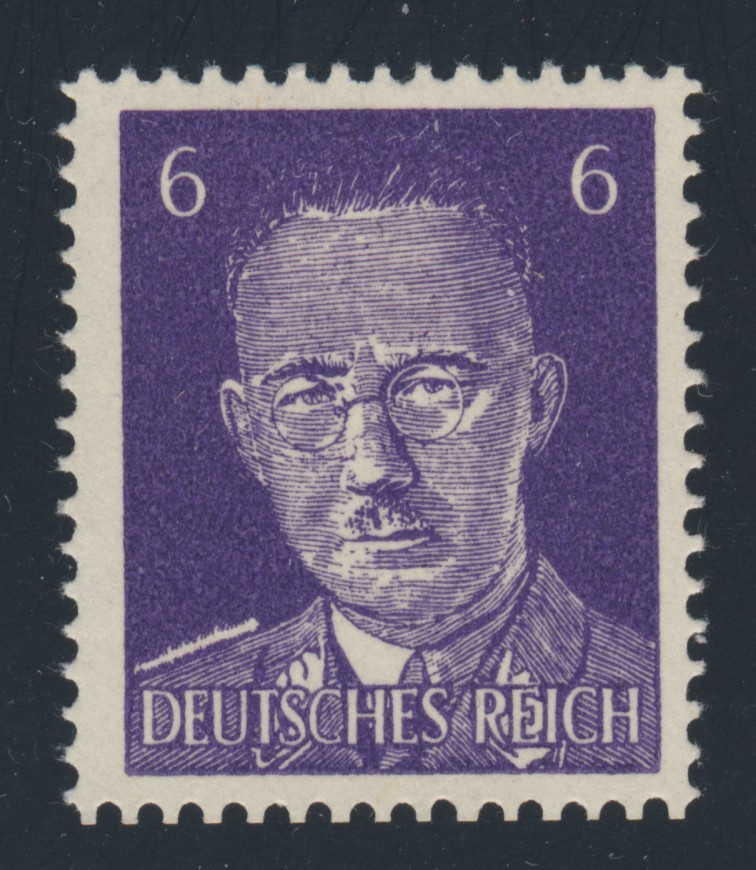 We featured three lots of locals in the worldwide section. Lot 1249, the Himmler Head, was estimated at a modest $100 and opened at $170 and the floor, internet, and book all competed to end up at a hammer price of $325.  Lot 1874, 150 World War Two local issues estimated at $500, sold for a hammer of $950 with competition from the book and the floor.  Finally we come to Lot 1899 estimated at $500.  If I had ventured an opinion as to which of these three would attract the strongest bids, my choice would have been this lot.  It did attract a fair number of bids and opened at $450 and quickly sold to the advance book bid of $500 somewhat below the top bid.