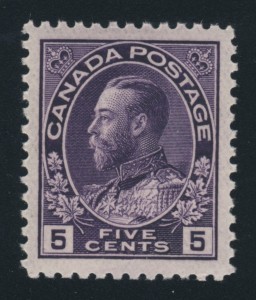 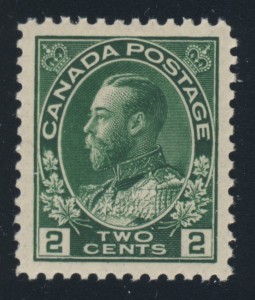 Canada #107i 1922 2c deep green Admiral, wet printing, mint never hinged with deep colour and four wide even margins, extremely fine. Interestingly, this stamp shows a distinctive vertical weave, similar to #107a, but is thicker than #107a. Unitrade CV$90, realized $126.

We will be featuring a number of lots which strong realizations as a result of competition from a number of bidders.  On some lots we achieve an excellent realization but someone wanted it enough that it might have gone into the stratosphere if there had been an underbidder equally determined. 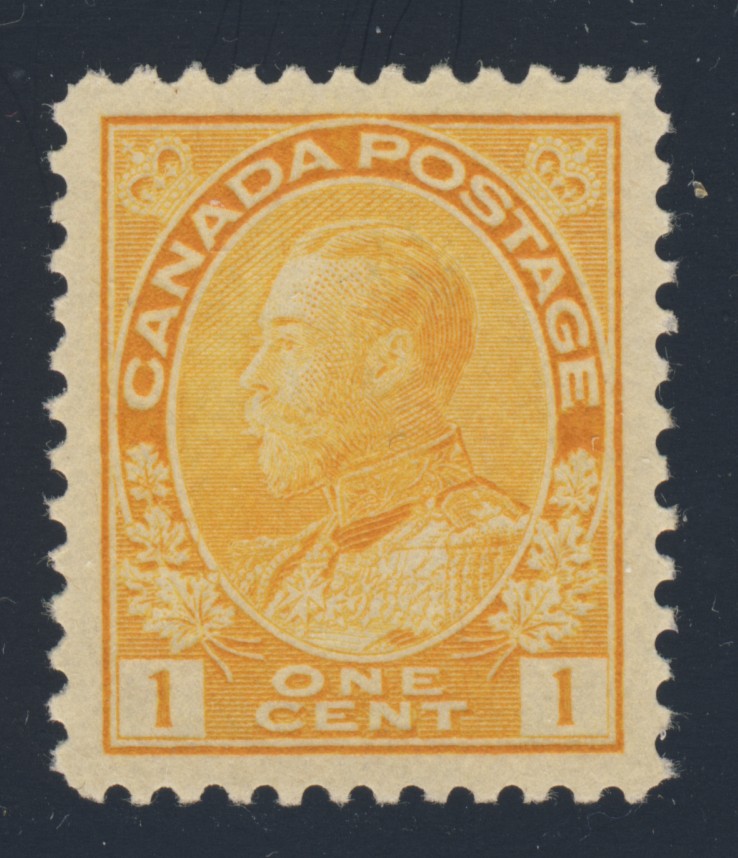 The top bidder is an astute advanced collector who gives us strong bids but is often outbid or the competition forces the bidding to the limit of his top bid. This lot he purchased for less than half his top bid.

And this is not the first time that has happened.  In the past there have been other occasions and I look at them and realize that this collector’s appreciation of rarity and quality in the Admirals can teach me something whenever he buys for a fraction of his top bid.  I knew the lemon yellow colour deserved a decent premium in the Unitrade catalogue; actually it deserves a much larger premium.

In this “after the sale” highlight we also review pre-sale Highlights #5 and #11. 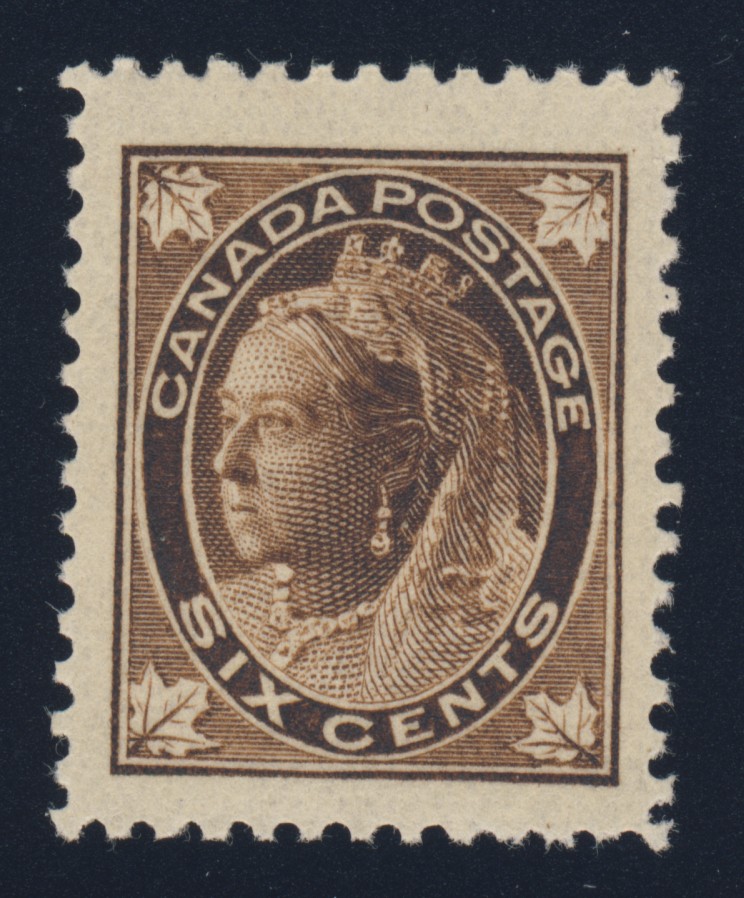 Lot 380 the HUGE six cent hinged 1897 Leaf issue attracted little attention and sold to Japan at a hammer of $75, slightly more than half the top bid. 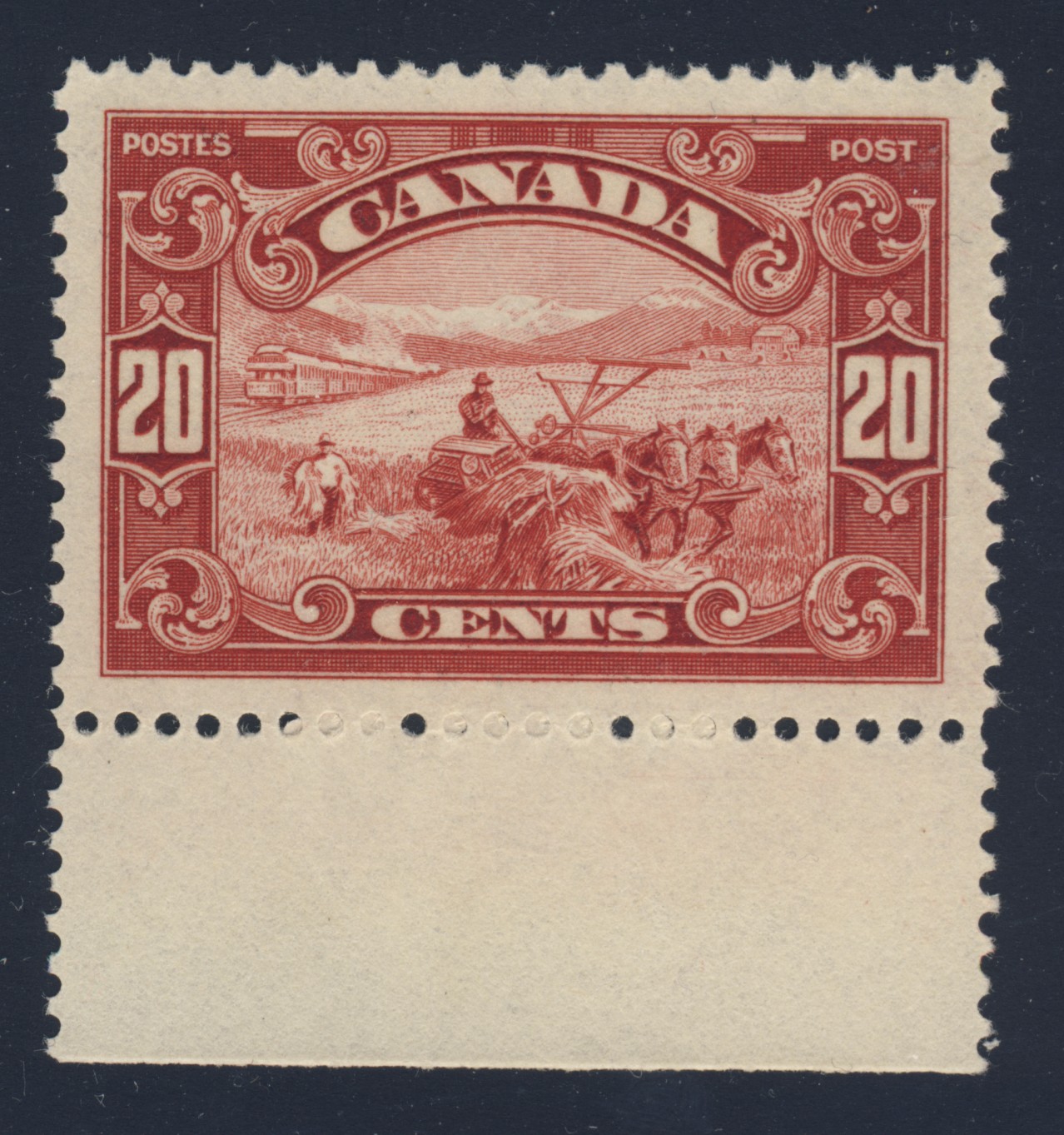 Lot 523; realized $195. Another Jumbo, and this time never hinged. This attracted a bit more attention but sold for a reasonable price and to the same bidder from Japan below his top bid. Obviously the fact that we pointed out these jumbos did not especially help the realizations as both stamps might have attracted a bidding war.

In Highlight #11 we featured a new variety which did not reach the estimate (Lot 819) and also a lovely and scarce stamp of Newfoundland. 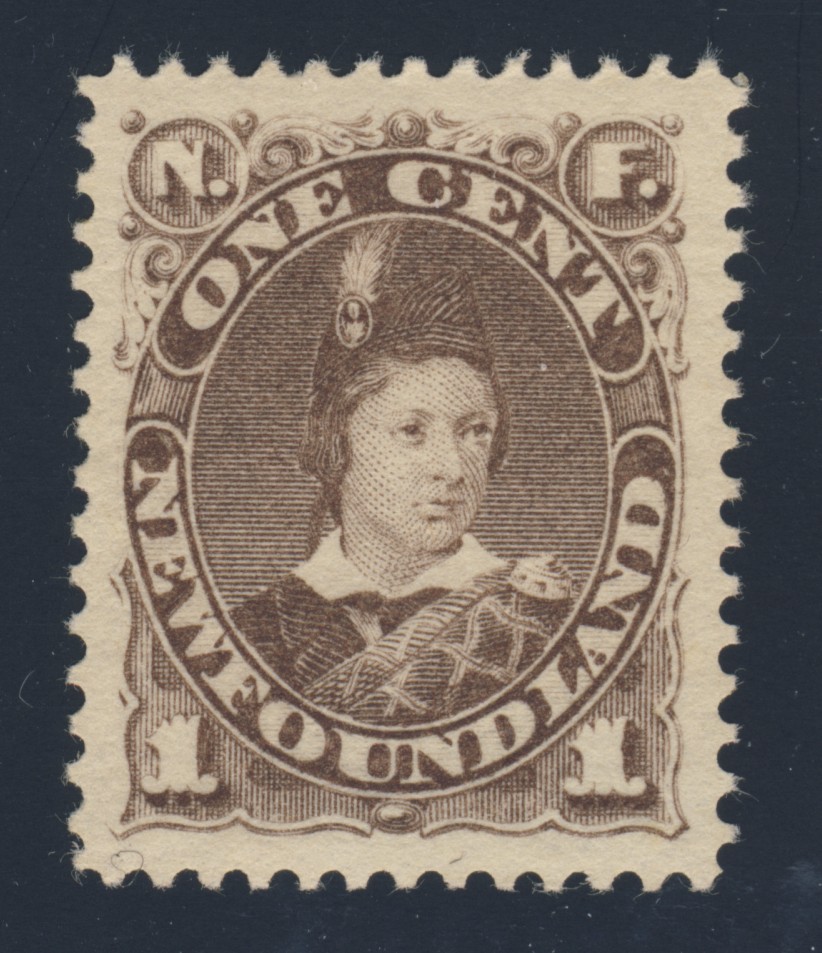 This lot had several strong bids and opened at $525 before the floor took it to the top of the bid book. 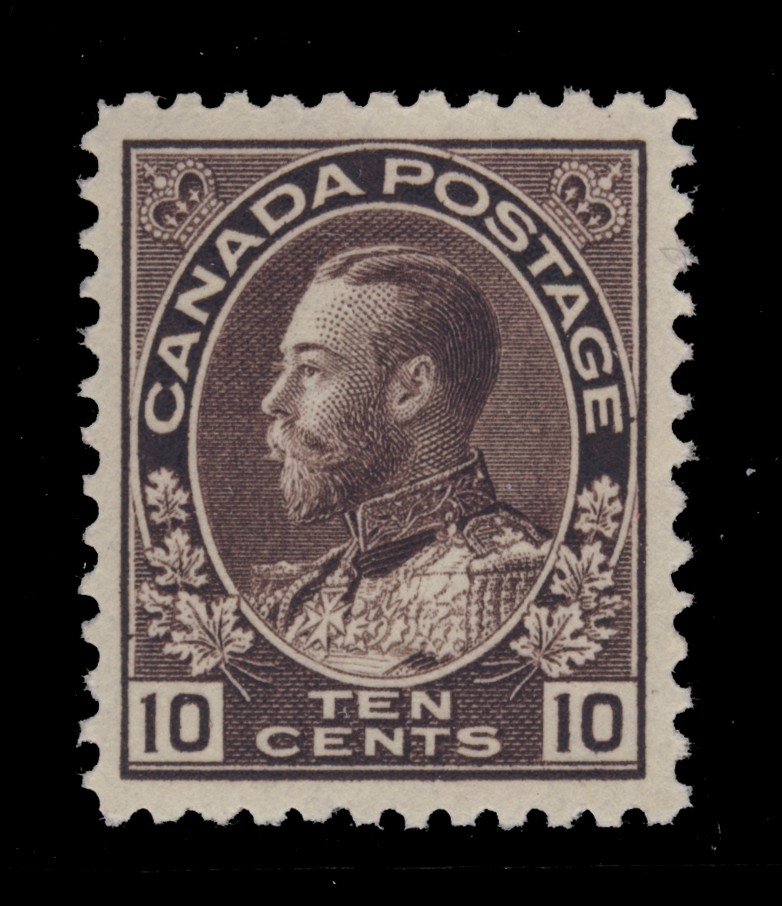