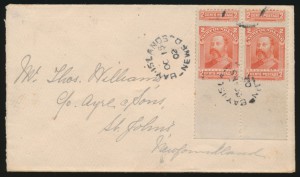 Lot 1149 Newfoundland #82 1902 2c vermilion KEVII Error on Cover. Horizontal pair used to pay 4c rate to St. Johns from Bay Islands (broken circles 15 Oct, 1902) with horizontal perforations being offset to the top by about 7mm, resulting with two and a half stamps showing. Quite rare, nice showpiece and very fine. Estimate $200, SOLD for $275 plus premium

The first two afternoons of Auction #11 saw some terrific realizations. Noteworthy were the Canada Admirals and Consular Stamps, and the used New Zealand. Unaudited realizations can be seen on Stamp Auction Network.

Today we offer Collections, Large Lots & Remainders. We have begun a trend towards single lots of nice collections that could certainly have been divided into separate offerings with some exceptional individual stamps. Examples are Malta, France and Norway. Canada and Newfoundland also have intact collections, as does United States. Lots 1761 to 1806 showcase African and Latin American single country new issues from the 1970s to 2005. We have found that these collections do surprisingly well on their own, so check the Opening Bids on Stamp Auction Network before placing your bid.

Session 6 begins at 1:00pm. An error on the section page of our printed catalogue had the sale beginning at 2:00pm following Literature (which was called yesterday afternoon), but this information has been corrected in all other channels. 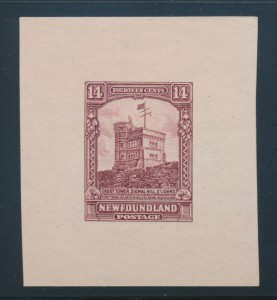 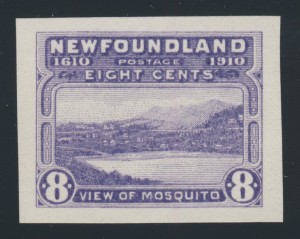 In past features we have remarked on the large number of cartons filled with stamps which visually dominate the auction and viewing floor. Most of these are filled with albums, collections, or even loose stamps, but approximately five dozen contain envelopes or postcards. And many of these postal history cartons will contain interesting items, perhaps even gems.

Today we feature two non-Canadian covers. First up is the cover we think will likely sell for the highest price in the postal history section.

It interests us to note that when we first posted Auction #8 on our website and sent out an e-mail to Sparks customers, one sharp-eyed collector across the Atlantic noticed this lot and alerted yet another collector, who owns a Columbia Cover with some handwriting. Within about three hours of posting the auction, we had an e-mail from the overseas owner of another Columbia cover asking about our offering.

Our Canadian covers include a number of wonderful items that could be featured, but we’ll show off a letter in a remarkable state of preservation despite being more than 550 years old.

1459 Fiume to Venice, an entire letter mounted on Exhibit page from the Free City of Fiume to Venice with seal (shows through slightly in front) and full Guild mark. Very fine. A lovely early document which dates back to more than 550 years ago. Estimate $500.