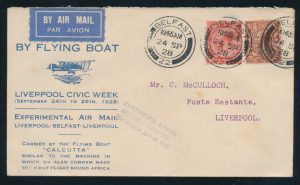 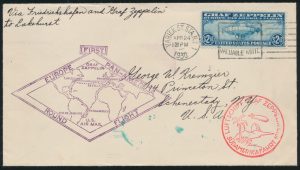 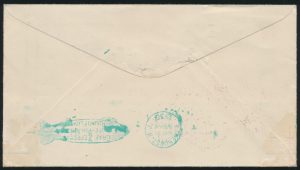 Lot 1064 USA 1930 Germany to South America to U.S.A. Round Trip Graf Zeppelin Cover, franked with C15, the $2,60 blue “Baby Zeppelin”. Mailed in New York on APR.24.1930 and sent to Germany by sea. Graf Zeppelin left Friedrichshafen on MAY.18 and flew to South America via Sevilla. From South America flew up the coast of the Americas to New York, arriving there MAY.31, with Lakehurst receiver on the back. Has both US and German confirmation handstamps. Very fine. Frost U$1,600.