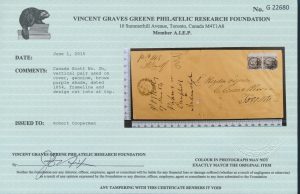 We begin our highlights from Auction #18 with one of the cover items. We were not surprised to see this rare stamp do well. 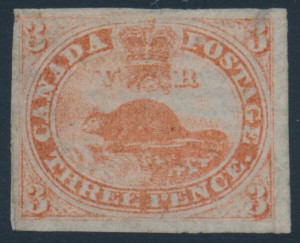 Lot 8 Canada #1iii 1851 3d red Beaver Imperforate on Laid Paper, with Major Re-Entry from Pane A, position 47. Unused (no gum), with four large, fairly even margins and a very clear re-entry. This is an exceptionally rare stamp. There are approximately 20 unused Canada number ones compared with at least four times as many unused twelve penny blacks. Only two of these have a major re-entry and A47 is the ultimate re-entry. The stamp has tiny stains at upper left and a trifle bit of soiling at upper right plus a vertical crease at far left in the margin only. A major rarity of Canadian philately, with only two known examples and accompanied by a 2014 Greene Foundation certificate. Catalogue value is for a regular stamp without the re-entry only, and used examples are catalogued at close to double the value of regular, non-re entered stamps. Unitrade for regular is $50,000. Sold for $21,000 plus buyer’s premium. 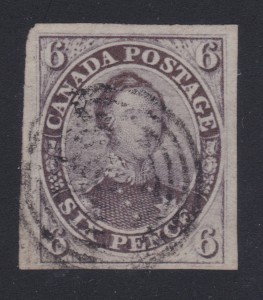 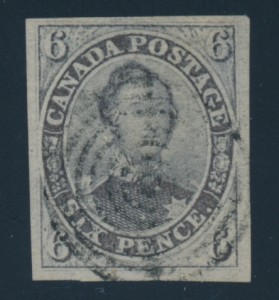