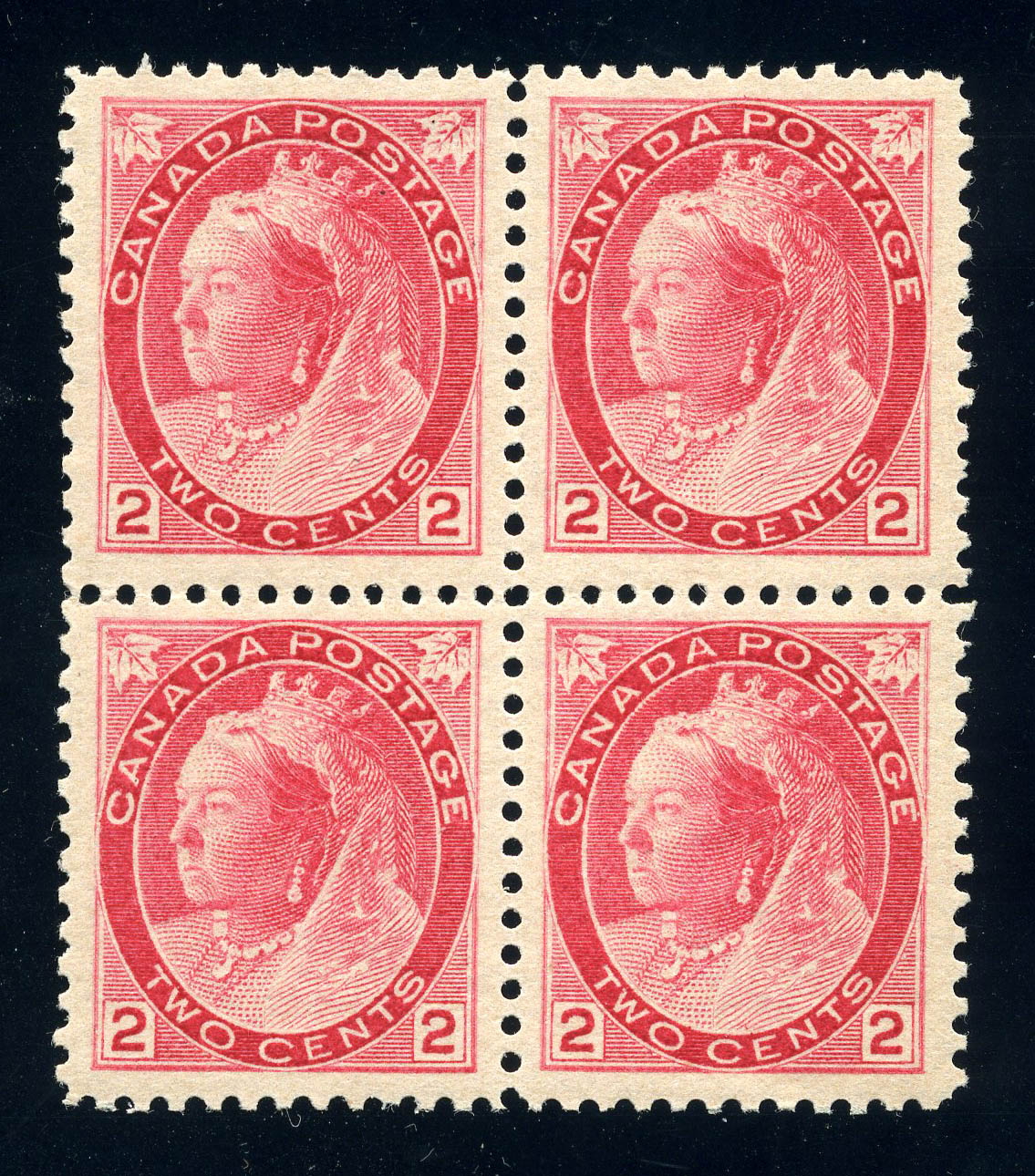 Ian notes: "Here is a block which perfectly combines scarcity and quality. Although not listed in Unitrade the two cent carmine is found on the same thick paper as #76a and the more recently listed #75v. Both of these have a 6.67 times factor in catalogue value over the regular stamp in fine condition and a 3.33 or 4.25 factor in very fine condition. This is an undervalued block." 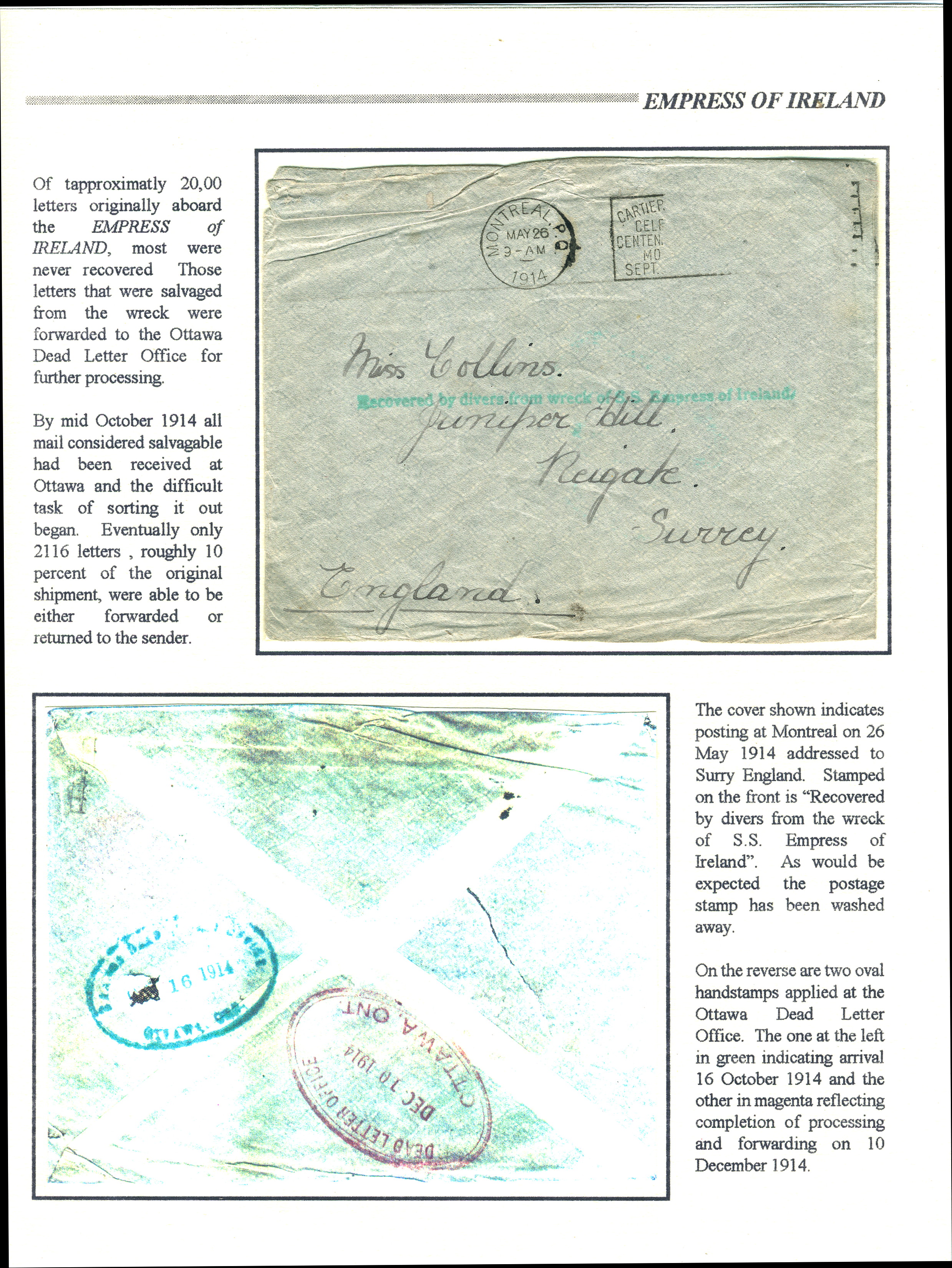 Ian says: "The Empress of Ireland holds a special fascination and this Exhibit could likely be expanded into a smashing one-frame competititive entry. It would be nice to see it in a future show. " 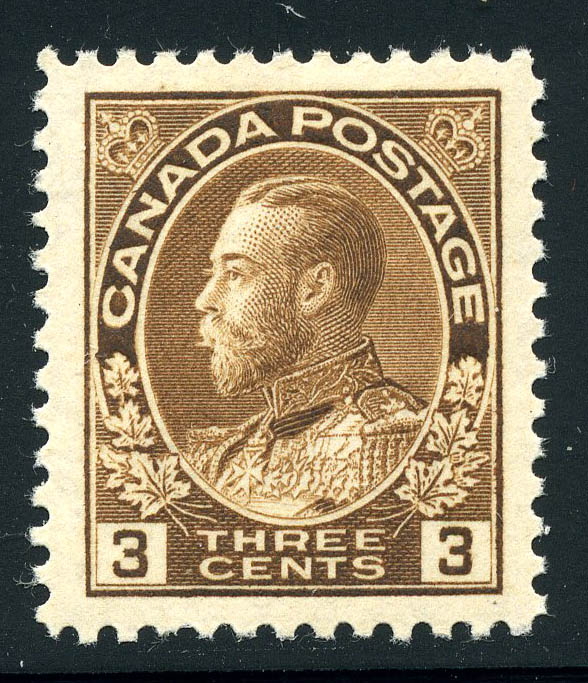 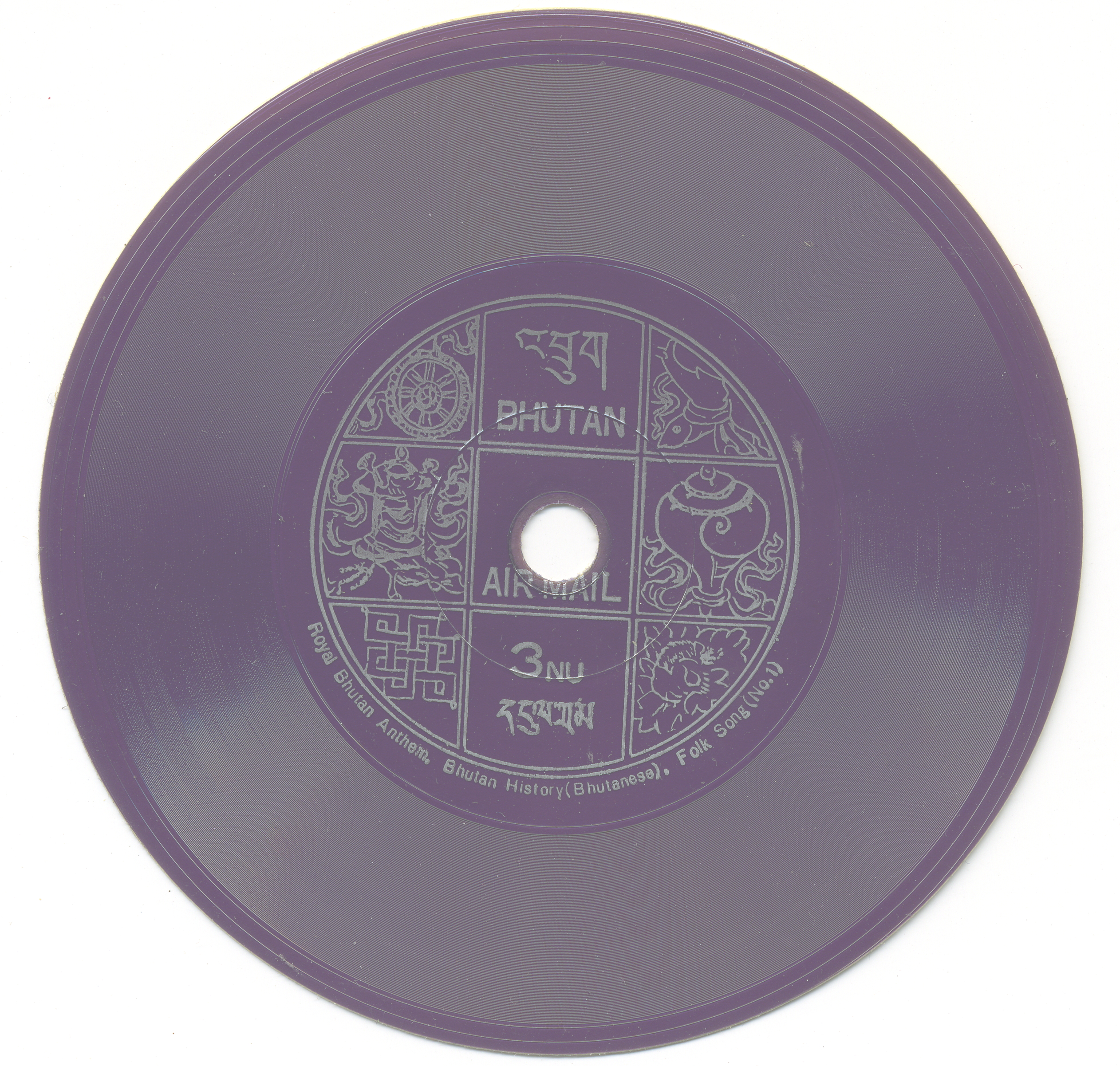 Ian’s comment: "This is a lot which would be spurned by the traditionalists. When the Canadian Postal Museum was getting established they wanted these for a display because of their appeal to the general public who were not ‘fly-speck’ philatelists. They asked me to find a set and I had a very hard time locating and purchasing one. " 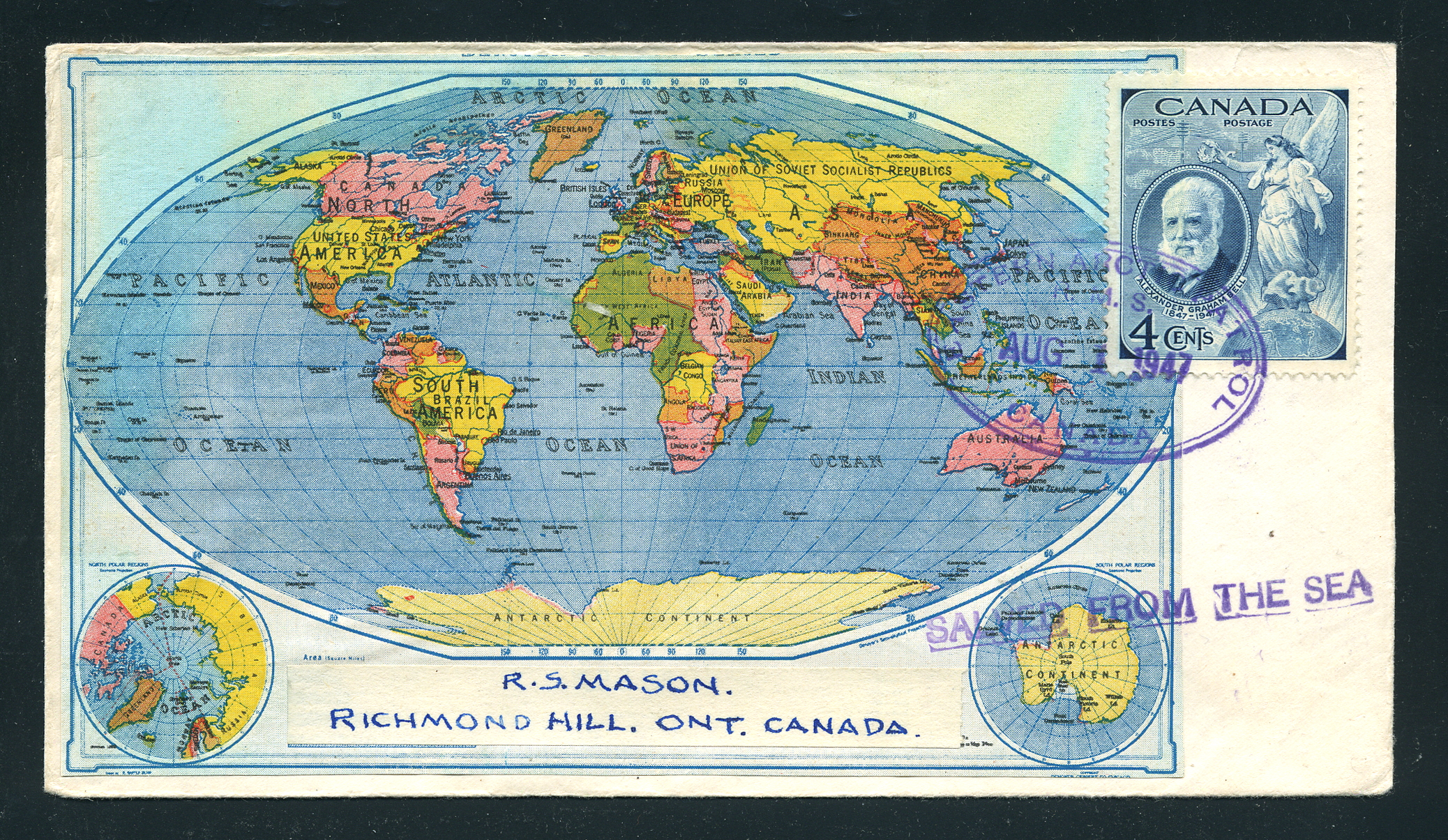 A truly magnificent, eye-appealing cover. The lot includes details as presented when this item was presented in philatelic exhibit, as follows: “A cover from the wreck of RMS Nascopie. She struck an uncharted reef during a storm on 22 July, all of the 54 passengers and crew were rescued but the ship was abandoned that day. Some of the mail was saved on 22 July, with more being recovered on 23 July. As were most such letters, this was marked, at Churchill Manitoba, with a rubber stamp bearing the words: SALVED FROM THE SEA. The cover was then postmarked with EAP oval cachet. This oval hammer was only used, in violet, from 1 August to 11 August 1947. The exhibit below is the first day of use of a very short-lived cancellation on a rare cover.” Obviously this item still warrants showpiece contention. Est. $500

Ian notes: “Most covers which have a ‘wow’ factor have rare stamps in exceptional quality. In the case of this envelope, it is the illustration which evokes the superlative.”