The three lots of classic Iceland stamps were eagerly anticipated and did not disappoint, culminating in Lot 1237. 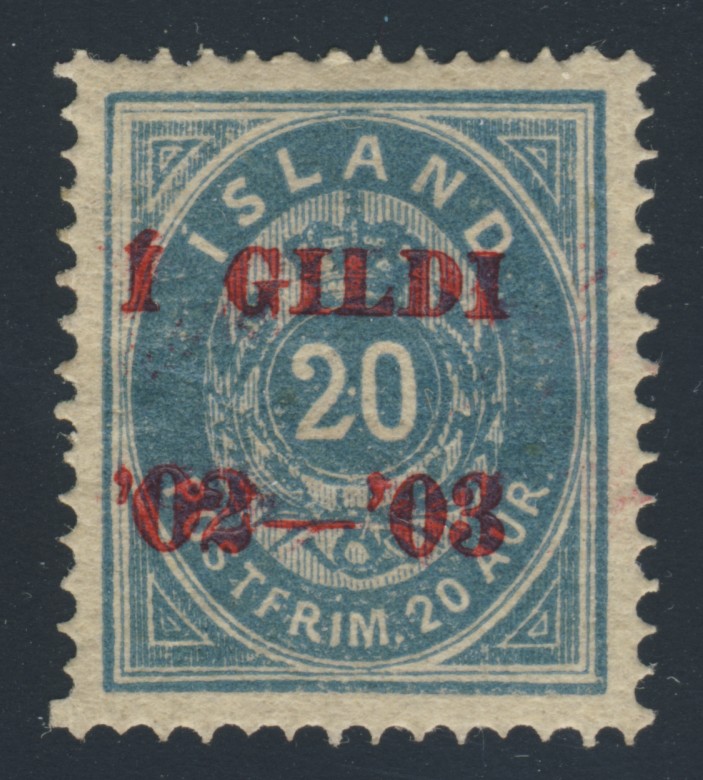 There is really no other place to start our account of the good realizations from Sale #6 than with lot 85, the 3¢ bright red Large Queen on laid paper. Local CBC television news was here to witness as bidding opened at $11,500, and two bidders some 10,500 kilometres apart took the price to $18,000. 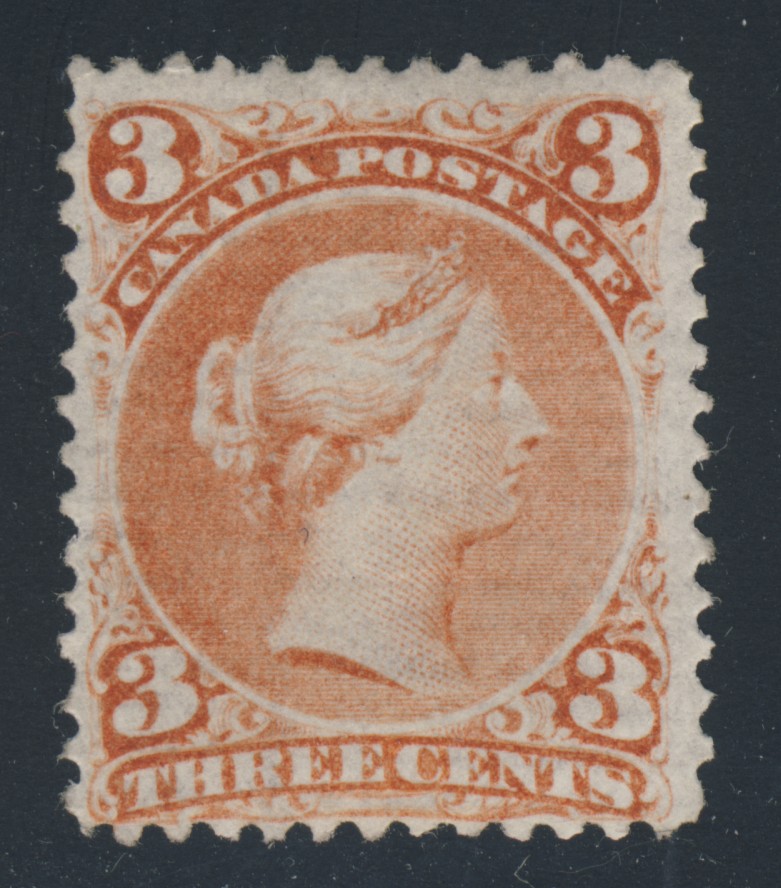 Canada #33 1868 3c bright red Large Queen on laid paper, unused (regummed) single possessing nice bright colour, full perforations and pleasing centering, fine. Accompanied by 2002 APS and 2010 Greene Foundation certificates (latter one pink due to regumming). This is one of Canada’s rarest stamps with fewer than ten mint or unused examples recorded to date. In fact, from all Canadian stamps with major Scott numbers, only the 1851 6d Consort on laid paper (#2) and the 1868 1c Large Queen on laid paper (#31) are known in similar small quantities. This specific stamp is likely the second finest example (only the original gum example that was in the Firth collection appears to be of a higher quality). Unitrade CV $25,000

The record price drew the attention of CanadianStampAuctions.com, which has provided detailed commentary about this item and several other stamps in the sale.

Thank you for your interest in Sparks Auction #6. There were nearly 400 internet bidders, and with thirty more on the floor we are busily dealing with the followup to the sale.

We were pleased with the results for many of the items in this sale. On Tuesday of next week, sparks-auctions.com will begin to feature a good realization each day with further information.

We are currently preparing invoices and sending them by e-mail. Once this is done, we will begin the process of sorting and organizing material for shipping. Because of the upcoming holiday weekend in Canada, shipping will start on Weds., May 26th, and local Ottawa customers can pick up their material beginning at that time.

Our Auction #6 begins today at 1:00pm EDT with 810 lots of Canada and B.N.A. Tomorrow we will call British Commonwealth, Worldwide, and Postal History; Wednesday is taken up with Lots and Collections.
If you are interested in bidding but haven’t begun the process, there is still lots of time to register with StampAuctionNetwork.com and place bids through their site, or join in the live bidding. You may also view the PDF catalogue pages you can find by following the link at the right. Print out a bidsheet, and fax it to us (or e-mail your bids to info@sparks-auctions.com). More detailed information on the bidding process can be read at our bidding page, also linked here.
Opening bids are constantly updated at Stamp Auction Network. Click the Openings button on the page for our auction. Please note that openings do not represent the eventual "selling price," but rather one increment over the second highest bid, and where there is a $2 opening (the standard starting amount) this indicates only that there is at most one bid on a lot.
All bidders are encouraged to check our Catalogue Corrections & Updates page for changes and clarifications of lot descriptions.
Good Luck in the auction!
-Sparks Auctions
Ottawa, Canada