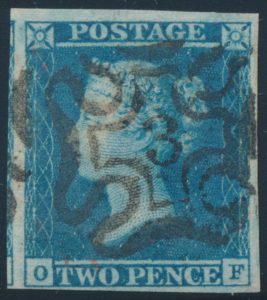 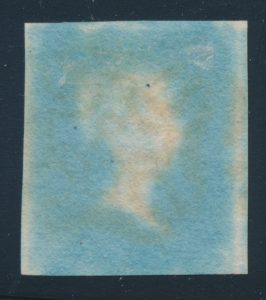 Lot 621 Great Britain #4 1841 2d Blue Queen Victoria Imperforate, used with a well centered and crisp strike of the #3 in Maltese Cross cancel in black. The stamp has a strong “Ivory Head” and four large margins, showing the next stamp at left, position OF, very fine. Scott CV U$725. 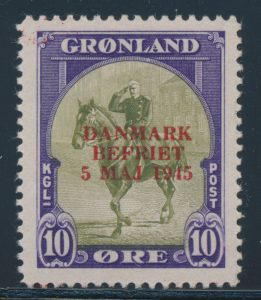 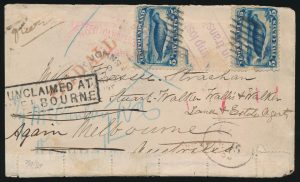 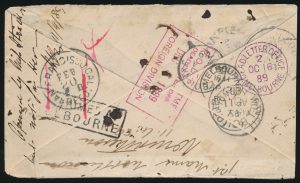 Lot 932 15c rate 1889 cover to Australia, mailed from St John’s on FE.9.1889 and addressed to Melbourne, Australia, through San Francisco (FEB.20 transit on back). Originally franked with a strip of three of the 5c dark blue Harp Seal and somewhere along the way a large part of the middle stamp got removed (remaining two are damaged), with “Stamp Lost / In Transit” boxed handstamp. There is also a red “PAID ALL” handstamp on front. Once arrived in Melbourne on APR.11, several attempts were made to try and find the addressee, with many hand written notes to that effect, as well as pink Letter Carrier handstamps on front. Both front and back show a boxed “Unclaimed At / Melbourne” handstamp, and the cover was opened at bottom and re-sealed with stamp selvedge, with a pencil “2/9/89” date, as well as an interesting note on back reading “Opened by Mrs. Strachan but not for her, 11/4/89.” The back then shows several circular and boxed datestamps, mostly Dead Letter Office, dated OCT.10 and DEC.3. Very fine, and a rare destination for Newfoundland, plus a great story to boot. Estimate $500. 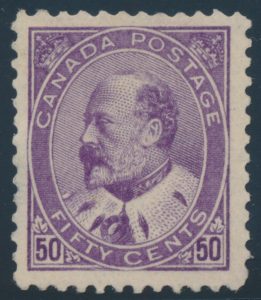