Noel John Austin Hillson FRPSL, FCPS (1933-2017) joined the Canadian Philatelic Society of Great Britain in 1955 and soon became a Life Member. During his 60 years of membership, he served the Society in many positions, including being its President twice, and he received their Fellowship in 1989. He later also became a Fellow of the Royal Philatelic Society of London, and in 2006 John received a Lifetime Achievement Award (Order of the Beaver) from the British North America Philatelic Society. 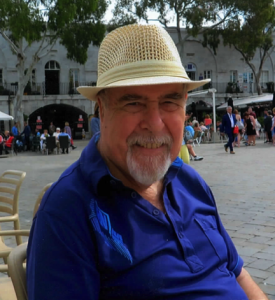 John started by collecting the Admiral stamps of Canada, then became quite serious about the Small Queen of Canada definitives. He wrote several articles on the latter, as well as two editions of The Small Queens of Canada, and in 2008 co-wrote Canada’s Postage Stamps of the Small Queen Era, 1870-1897 with Ted Nixon. He also contributed to the Stanley Gibbons listings on the Large and Small Queen issues of Canada. His extensive and quality collections also included used King George VI British Commonwealth (including Canada) and the Line Engraved used stamps and postal history of Great Britain.

While preparing this sale, we were immediately impressed by the high quality of the material John had amassed. From GB Line Engraved imperforates with their four margins and lovely postmarks, to his Small Queens, and to the quality of the stamps and postmarks he collected in general. The KGVI stamps mostly have light, clean postmarks. It is obvious that he patiently waited to purchase the best specimens for his collections. Many of the Small Queen stamps and covers in his collection have enviable provenance, from collectors such as Brassler, Simpson, Godden, Charkow, Smythies, Lees Jones, Greene, Hicks, Whitworth, Jephcott, Cohen, Laycock, Lussey, and many more. John kept a meticulous list of every single stamp and cover ever purchased, which listed where it was bought, when and for how much.

In the obituary he wrote about John in Maple Leaves, Graham Searle said, in part:

“People did not always find John the easiest person to get on with. He did not suffer fools easily, and hated sloppy philatelic research. Many failed to grasp his very dry sense of humour, once described to me by a colleague as like sharing a joke with the Sahara! He once joked with me that he thought he had, at one time or another, upset every member of CPS of GB – he expressed this as a kind of ‘badge of honour.’ When I told him he had never upset me, he was taken aback and demanded to know why. I told him it was because I never took any notice of anything he said – and he roared with laughter! Underneath his rather gruff exterior, John was a kind and thoughtful man who was always willing to help others with their collections and share his research. Yes, he could be obstinate and argumentative (particularly on matters Small Queen) but as Ted Nixon has observed, the thing that made this character trait so annoying was that he was almost always right!”

We hope you will enjoy this part of our sale, and that you will find something of interest for your collections.